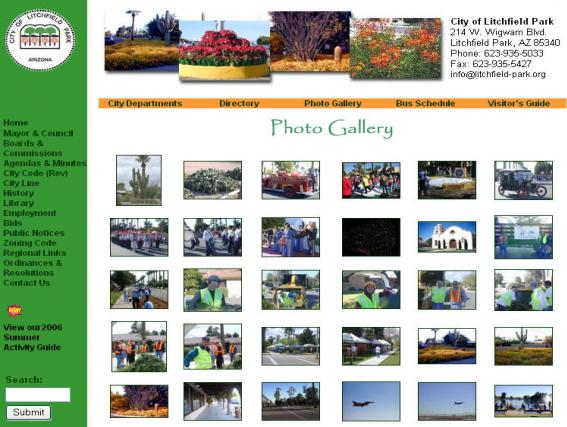 Litchfield Park is a planned residential community, 16 miles west of central Phoenix. It is a unique suburban community boasting a small town atmosphere and casual lifestyle. Litchfield Park is just north of Interstate 10 with easy access to metropolitan Phoenix. It was incorporated in 1987. Litchfield Park started in 1916 when Goodyear Tire and Rubber bought farm land to grow Egyptian long-staple cotton to use in tire cords. This project was developed by Paul Litchfield, then a junior executive with Goodyear. The company town was given his name in 1926. Litchfield Park was headquarters for Goodyear Farms, which had thousands of acres under cultivation. From 1931 to 1944, it was also the test site for Goodyear auto, truck and tractor tires. In the 1960's, Litchfield Park designed a master-plan for development including several self-sufficient villages. Positive aspects of the village concept can still be seen today.