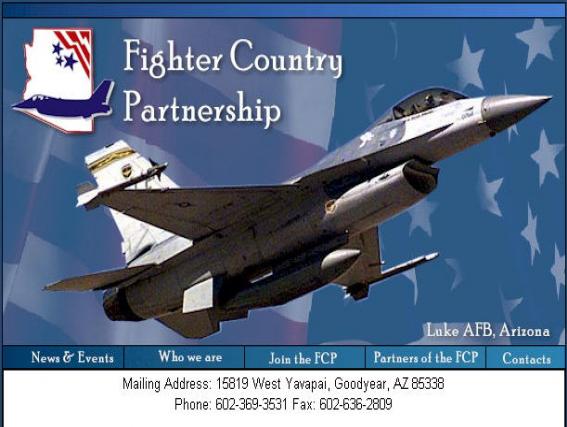 Fighter Country Partnership is the community support and advocacy group for Luke Air Force Base, and was founded in 1997 by concerned civic leaders and elected officials. Our mission is: “Guaranteeing USAF’s mission at Luke!”

Our members are business people, elected officials, military retirees and a diverse group of citizens who support Luke and want to ensure its future in Arizona. Our Board of Directors consists of 40 prominent business, civic and government leaders from across the Valley.

Luke Air Force Base began its rich history in Arizona in 1941.